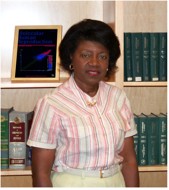 
Dr. DeLeon’s group is interested in sperm membrane proteins and the genes that regulate them. Genetic and molecular biological approaches are being used to study the reproductive hyaluronidases, exemplified by Sperm adhesion molecule 1 (SPAM1) which is a glycosyl phosphatidylinositol (GPI)-linked membrane protein with multifunctional roles in mammalian fertilization. Importantly, the mechanisms by which these and other GPI-linked proteins expressed in the male and female tract are delivered to the sperm surface are being studied. An understanding of these mechanisms is important for assisted reproductive technology (ART).

SPAM1 is also of interest because it is over-expressed in a number of cancers. The mechanism of the mRNA up-regulation in malignancy is being investigated to identify proteins that may be therapeutic targets.

A second membrane protein, Junctional adhesion molecule A (JAM-A) which is a tight junction protein, is being studied for its role in sperm maturation and function. The lab has shown that it is required for normal sperm motility, and an investigation of the mechanism involved is underway.