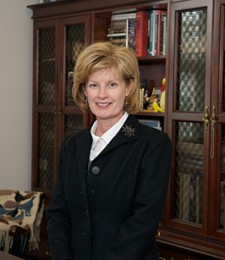 Currently, the laboratory is focused on analyzing mutants lacking the meq gene and with various alterations in the latency associated transcripts. With regard to MDV latency, Dr. Morgan has described a family of latency-related transcripts, which are expressed in tumors and lymphoblastoid cells derived therefrom and are highly spliced. Current studies involve examining the relationship between splicing patterns and possible functions of these transcripts, as well as undertaking a comparative study of latency among strains differing in virulence. Virus-host cell interactions are being studied using microarray technology. The microarrays contain selected chicken T-cell DNAs and have led to the identification of at least a dozen host cell genes induced upon Marek’s disease virus infection. The identified gene products function in inflammatory responses, interferon responses and antigen presentation.

In addition to her work on Marek’s disease, Dr. Morgan and her colleagues are identifying ways to pre-screen for environmental toxins. This is accomplished by harnessing the energy of glowing bacterial biosensors, designed by combining genes from Photorhabdus luminescens, a bioluminescent bacterium, with genes from the common bacterium, E. coli. The genetically engineered biosensors emit light in response to a range of environmental stresses. Currently, they are applying the system to detect potential toxins, such as Afltoxin B1, in ingredients use to formulate poultry feed.