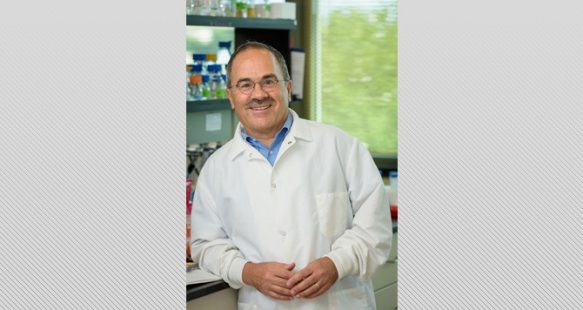 Eleftherios (Terry) Papoutsakis, Unidel Eugene du Pont Chair of Chemical and Biomolecular Engineering at the University of Delaware, has won the E.V. Murphree Award in Industrial and Engineering Chemistry from the American Chemical Society. The award is sponsored by ExxonMobil Research and Engineering Company.

Papoutsakis has made significant contributions in the areas of cell culture engineering, metabolic engineering, genetics and genomics, and cell stem- and T-cell bioengineering.

“Terry started his academic career 35 year ago with problems that would be clearly identified now as core issues in modern, molecular-based biological engineering,” says Wilfred Chen, Gore Professor of Chemical Engineering, who nominated Papoutsakis for the award.

“He was one of the pioneers who recognized the importance of molecularly based interdisciplinary research for the advancement of metabolic and biochemical engineering.”

Papoutsakis is also credited with starting two companies. The first, Tissue Therapeutics, was launched 15 years ago and later sold to Resodyn Corp. More recently, he started Elcriton, which develops microbial-based technologies and was sold to White Dog Labs in 2014.

Papoutsakis has co-edited two books that have had a significant impact on the field: Foundations of Biochemical Engineering: Kinetics and Thermodynamics in Biological Systems (ACS Symposium Series No. 207, 1983) and Metabolic Engineering (Marcel Dekker, 1999).

In the area of education, Papoutsakis has mentored and trained 30 postdoctoral researchers, 57 doctoral students, 24 master’s students, and more than 65 undergraduates in independent research. He has also advised and mentored a large number of young faculty members outside his home institution.

Papoutsakis earned his doctorate at Purdue University. He was a faculty member at Rice University and then at Northwestern before joining UD in 2007.

The purpose of the Murphree award is to stimulate fundamental research in industrial and engineering chemistry, the development of chemical engineering principles, and their application to industrial processes.