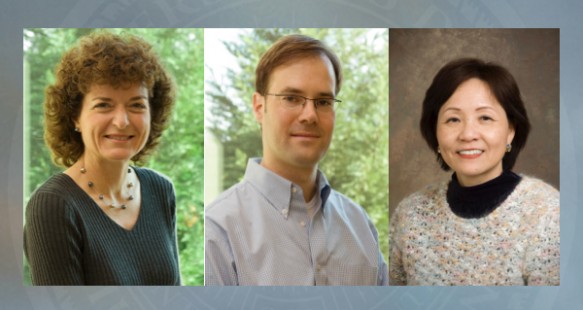 According to Thomson Reuters, Highly Cited Researchers is a compilation of influential names in science that spotlights some of the “standout researchers of the last decade.”

Deriving from InCites Essential Science Indicators, a subset of the Web of Science, Highly Cited Researchers presents more than 3,000 authors in 21 main fields of science and the social sciences.

The researchers on the list earned the distinction by writing the greatest numbers of reports officially designated by Essential Science Indicators as Highly Cited Papers — those ranking among the top 1 percent most cited for their subject field and year of publication — between 2002 and 2012.

Thus, the listings of Highly Cited Researchers feature authors whose published work in their specialty areas has consistently been judged by peers to be of particular significance and utility, according to Thomson Reuters.

This new compilation of Highly Cited Researchers updates a previous site, originally known as ISIHighlyCited, first launched in 2001. The older collection identified researchers according to total citations to their work.

Green is a professor and holds the Crawford H. Greenewalt Chair in the Department of Plant and Soil Sciences in the College of Agriculture and Natural Resources. She is also a professor in the School of Marine Science and Policy in the College of Earth, Ocean, and Environment with joint appointments in the departments of Biological Sciences and Chemistry and Biochemistry.

She leads a laboratory at the Delaware Biotechnology Institute (DBI) where her research is focused on post-transcriptional mechanisms that regulate the expression of genes, primarily in plants, but also in marine organisms and human cells. She is particularly interested in the fate of mRNA molecules because of their pivotal role as intermediates in the gene expression process.

The research of the Meyers lab is focused on plant genomics, studying and characterizing small RNAs and their regulatory roles. The lab’s research utilizes novel approaches and applications of bioinformatics and next-generation sequencing, with an emphasis on understanding the biological functions, evolution, and genomic impact of small RNAs, plus their interconnected functions in DNA methylation and as modulators of gene expression. These studies take place in rice, Arabidopsis, maize, Medicago, soybean and other species.

Her research interests include bioinformatics and computational biology, biological text mining, biological ontology, systems biology, and bioinformatics cyberinfrastructure. She is the principal investigator or co-principal investigator on a number of consortium projects, including the UniProt Consortium that provides an international protein sequences and functional resource with over 4 million page views per month from over 400,000 unique sites worldwide.

The three researchers have had a number of collaborations with one another over the years.

Meyers and Green just completed their 34th co-authored paper together, in addition to having had numerous grants funded together. Their collaborative work is facilitated by the intermingling of lab members in shared office space.

The two also serve as advisers on the graduate committees of each other’s students and are currently wrapping up a U.S. Department of Agriculture (USDA) project with joint funding.

Together with Wu, all three researchers are involved in the National Science Foundation (NSF) Integrative Graduate Education and Research Traineeship (IGERT) Program at UD.

Meyers explained that a common theme for all of them is large-scale biology. “While we each have our own areas of specialization and this ‘theme’ of large-scale biology plays a role of varying importance to our labs, we have many approaches in common. These are mainly related to bioinformatics and computational analyses, but are also connected to data generation, and laboratory methods and biological systems in the case of Pam and me,” he said.