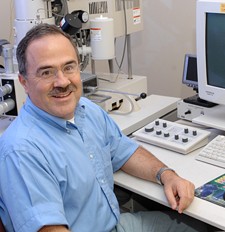 His research focuses on areas of systems biology, metabolic engineering, experimental and computational genomics with applications in stem-cell biology and prokaryotic biology for the production of biofuels and chemicals from biomass.

Papoutsakis has published extensively in his field and served as editor-in-chief of Biotechnology and Bioengineering. He also holds three patents.

A graduate of the National Technical University of Athens, Papoutsakis received his master’s and doctoral degrees from Purdue University.