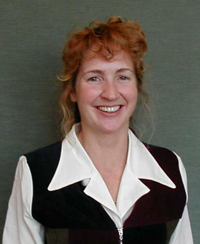 
My students and I are studying the neurobiology and behavior of a predatory land snail. Euglandina rosea, the rosy wolfsnail is a carnivorous snail native to the southeast. It preys on other snails and slugs and it tracks down its prey by following the slime trails that they leave. In the laboratory, Euglandina follow >90% of slime trails encountered. Following heterospecific trails (those left by other species) ends in predation, while following trails of conspecifics (their own species) leads to mating. Individual Euglandina do not follow their own trails even when encountered much later out of context.

Detection of chemosensory stimuli from slime trails results in two readily apparent behavioral outputs in Euglandina. First, a change in direction of motion in order to follow the trail, and second, once the animal leaving the trail is encountered, a choice between an aggressive versus an agonistic interaction (predation versus mating). These reliable and easily detected behavioral changes are the result of a precise discrimination between very similar chemosensory cues and provide an excellent model system for studying the mechanism of sensory discrimination and its effect on behavior. In addition, Euglandina snails may also be a good model for the acquisition of long-term memories, as our experiments suggest that slime trail tracking is a learned behavior in which snails learn that particular slime constituents are associated with prey species, and so follow trails containing those chemicals.

In my lab, we are searching for the neural correlates of slime trail detection and discrimination. By using a combination of physiological and imaging techniques we hope to identify the neural systems involved in trail following, and characterize the neural signals representing slime trail stimuli. We will then study the effect of disrupting these signals on the trail tracking behavior. By studying the physiological basis of trail-tracking, we hope to identify a neural circuit that guides the behavior of the snails as they identify and follow trails of chemicals associated with prey snails or potential mates.