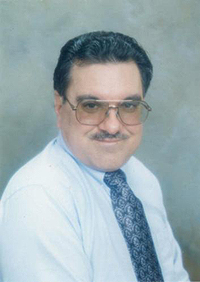 
The research in my laboratory is primarily focused on the structure and function of small nuclear RNAs and snRNPs. It has been well established that the removal of introns from mRNA precursors by splicing occurs within a dynamic supramolecular complex known as the spliceosome. This complex contains a number of snRNAs (which exist in the context of snRNPs). The structure and dynamics of the spliceosome has been the subject of intensive study utilizing biochemical and molecular genetic approaches by a number of prominent laboratories. To complement this work, we have employed a comparative molecular biological (phylogenetic) approach in the study of the structure and function of specific small nuclear RNAs. To this end, we have focused particularly primitive and divergent organisms. Of particular interest to us have been the microsporidia. These organisms are primitive amitochondrial parasitic protozoans, which are thought to have diverged very early in the eukaryotic lineage based on ribosomal RNA phylogenetic studies. Thus far, we have identified and characterized a RNA clearly homologous to U2 RNA from the microsporidian, Vairimorpha necatrix. While this RNA resembles other U2 RNAs in that it contains the conserved branchpoint binding sequence, it also shows divergence at previously thought to be invariant positions. This has allowed us to apply phylogenetic covariation analysis in order to provide phylogenetic support for the existence of specific stem-loop structures. These studies also suggest that novel alternative folded structures may be possible for the U2 RNA. A rather unexpected outcome of our work on this RNA was the discovery that this RNA is unlike any other U2 RNAs (and most other snRNAs as well) in that it has possesses a cap structure that is not the canonical 2,2,7-trimethylguanosine inverted nucleoside cap structure. While we have been able to establish that the cap structure appears to be an inverted nucleoside, its precise structural identity remains unknown. Since the cap structure is important for intracellular transport of the snRNA during its maturation (reentry into the nucleus from the cytoplasm appears to require the presence of the hypermethylated cap structure), further work on the cap structure may provide new insight on this transport process as it occurs in these highly divergent organisms. In more recent work, we have identified and partially sequenced a number of other putative snRNAs from V. necatrix. One of the RNAs appears to be homologous to U6 RNA. This RNA is of particular interest in that in shows variation in the highly conserved ACAGAG sequence present in virtually every other know U6 RNA. Other snRNA candidates, that we have identified, may be homologous to small nucleolar RNAs (snoRNAs). A number of the sno RNAs have roles in the processing of rRNA precursors.

Ongoing and future studies in my laboratory will seek to provide a complete picture of the complement of small nuclear RNAs in the microsporidia. With particular relevance to spliceosomal snRNAs, we also hope to identify and characterize intron-containing genes in these organisms. Consistent with the relative rarity of introns in lower eukaryotes, only a few microsporidial genes have been shown to contain introns.