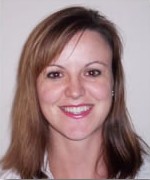 
The avian lung, which is structurally similar to mammalian upper airway, has been suggested as a novel model for human upper respiratory disease. Of particular interest are the surfactant proteins. The human alveolar surfactant proteins (SP-A, SP-B, SP-C, and SP-D) reduce alveolar surface tension and modulate a localized immune response. The composition and function of surfactant in the upper airway is less well understood, yet it likely prevents the collapse of the bronchioles, and mediates inflammatory responses. As such, surfactant may also influence the risk of upper respiratory disease, such as asthma. Rather than having a “bi-directional” lung with terminal alveoli, avian lung consists of rigid tubules (parabronchi) surrounded by capillary beds and a series of air sacs that permit one-way airflow. The parabronchi do contain type 2 cells, known to express SP-A and SP-B. This tubular, “flow through” avian lung presents a novel model for the study of pulmonary function, in particular for the study of human upper respiratory disease. To date, research on avian pulmonary physiology is limited. The goal of my current research is to establish the profile of surfactant protein expression in domestic fowl embryos, and to develop in-vitro cell and tissue culture systems that maintain the type 2 phenotype and stable surfactant protein expression. The proposed research will result in sufficient preliminary data leading towards more investigative experiments, such as the inflammatory response of avian lung or phenotypic physiological changes in response to human respiratory pathogen exposure.